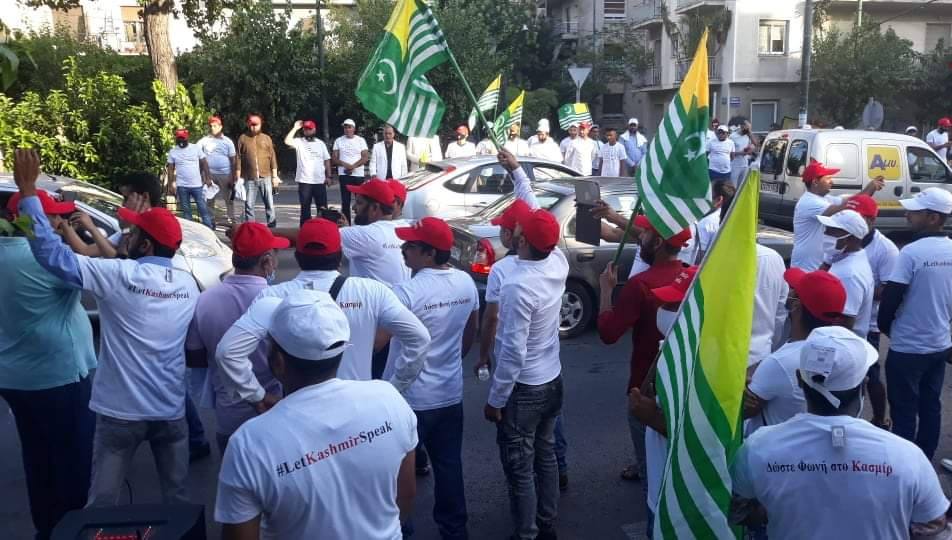 Today, the Pakistani community Greece, observed Kashmir Siege Day in the capital city Athens by forming a human chain. A demonstration was held outside the Embassy of India. More than 300 protesters, holding placards and banners, recorded their protest in a unique way. They wore red & white T-shirts with printed slogans in English and Greek languages in support of the oppressed Kashmiri people. The purpose of the protest was to highlight grave human rights violations being carried out by Indian security forces against the Kashmiris in the Indian illegally occupied Jammu and Kashmir and to raise awareness about the Kashmir issue in Greece. This fairly large gathering of Pakistani community in Greece adequately manifested their solidarity with the oppressed people of Indian Illegally Occupied Kashmir and pleaded the international community to take notice of Indian atrocities and support Kashmiris in seeking their right of self determination through a plebiscite, promised through several Security Council resolutions. 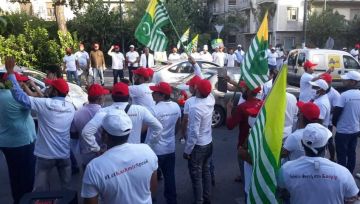 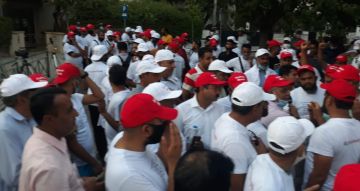 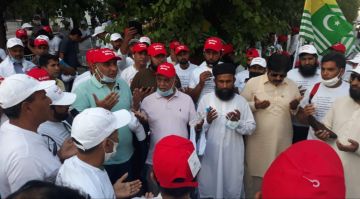 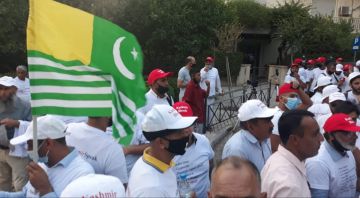 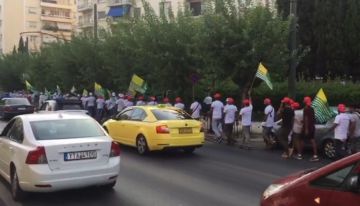 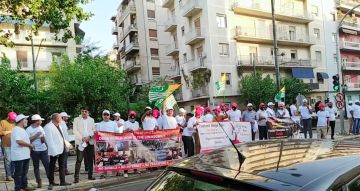 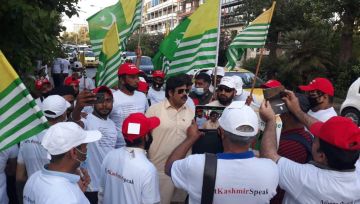 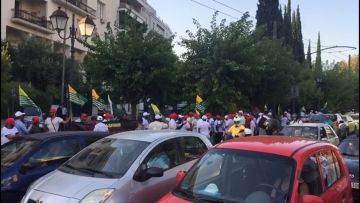 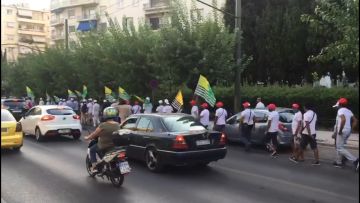