The SEZ Act was promulgated on September 13, 2012 and later this year the SEZ Rules were notified. The law provides SEZs to be set up by the Federal or Provincial Governments themselves or in collaboration with the private sector under different modes of public-private partnership or exclusively through the private sector. The fiscal benefits under the SEZ law include a one-time exemption from custom duties and taxes for all capital goods imported into Pakistan for the development, operations and maintenance of a SEZ (both for the developer as well as for the zone enterprise) and exemption from all taxes on income for a period of ten years. The provincial SEZ authorities, set up under the law, are required to move the applications received from developers to the Federal Board of Investment which is to act as the secretariat to the Board of Approval and the Approval committee.

Board of Approval (BoA) 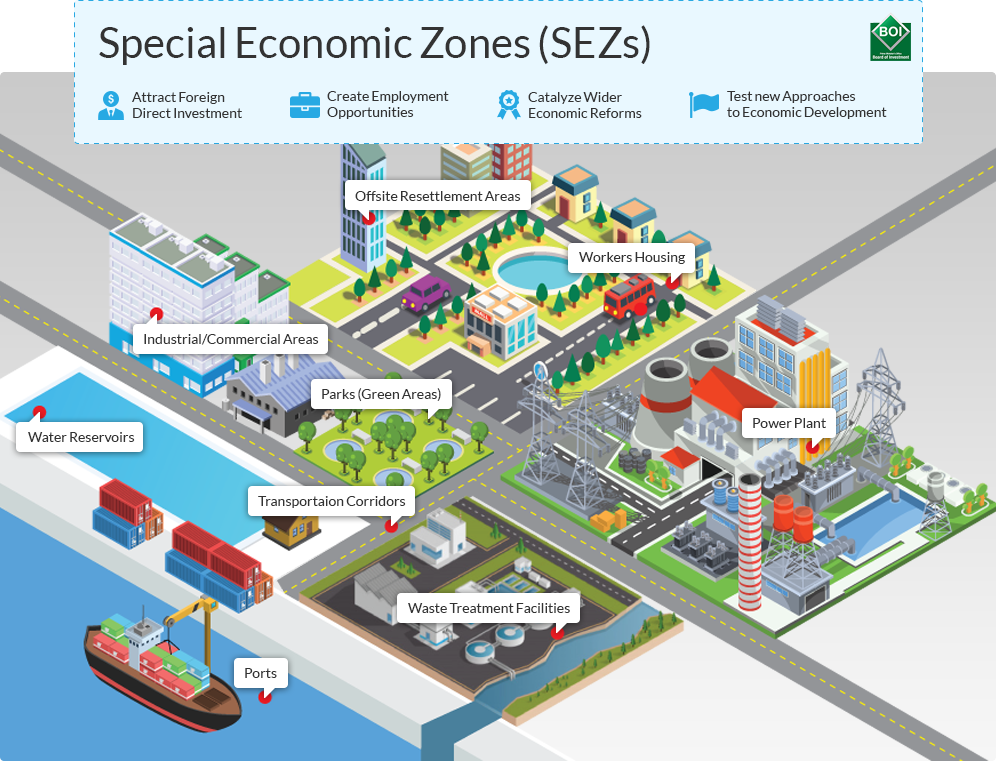