Latest Situation in the Occupied Kashmir

India is continuing its atrocities in IoK and considers every man, woman or child protesting against its atrocities a terrorist while simultaneously killing and maiming them and engaging in terrorism itself. The killing of young Kashmiris in Pulwama on 15th December, 2018 is blatant violation of human rights. There are many victims of indiscriminate firing of pallet guns by the Indian security forces, the youngest victim being 18-month-old Hiba Nisar.

In 2018, two important reports were issued by the Office of the High Commissioner for Human Rights (OHCHR) and UK Parliament’s All Parties Parliamentary Group on Jammu and Kashmir (APPGK), both of which acknowledge Pakistan’s longstanding position about the Indian atrocities in Indian occupied Jammu & Kashmir.

The United Nations resolution 39 of 1948, recognizes the disputed nature of Jammu and Kashmir and calls for the resolution of the dispute through a free and fair plebiscite. According to several UNSC resolutions, regarding the Jammu & Kashmir dispute, India cannot bring about any material change in the status quo in the Indian Occupied Kashmir. However, the current Indian Government led by the far right Bharatiya Janata Party (BJP), through a presidential decree of August 5, 2019, revoked Article 370 of India’s constitution that guaranteed special rights to the Muslim-majority State including the right to its own constitution and autonomy to make laws. Article 370 also barred Indian nationals from buying land in Kashmir.

In the lead-up to the move, India deployed 180,000 additional troops to the disputed region, imposed a crippling curfew, suspended telecommunications and internet, and arrested political leaders.As the Indian government’s shutdown of internet and phone/mobile services in the disputed region, comprising of more than 8 million people, enters its sixth week, Kashmir has effectively become paralyzed with no access to the outside world.

The Indian government, under the veil of the communications embargo, is violating the Kashmiri people’s basic human rights. Reports indicate that thousands of innocent Kashmiris have been arrested and scores injured with pallet gun wounds. Media reports also indicate that Indian officials are refusing to issue death registration certificates for the deceased in order to keep the statistics to a minimum.

India has also intensified cease-fire violations across the Line of Control (LoC) with Pakistan and resorted to the use of cluster bombs against civilian population in Azad Jammu and Kashmir, leading to the death of two civilians including a 4-year old child. 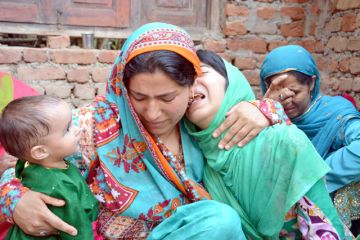 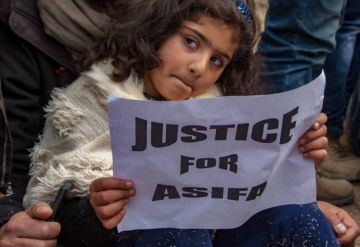 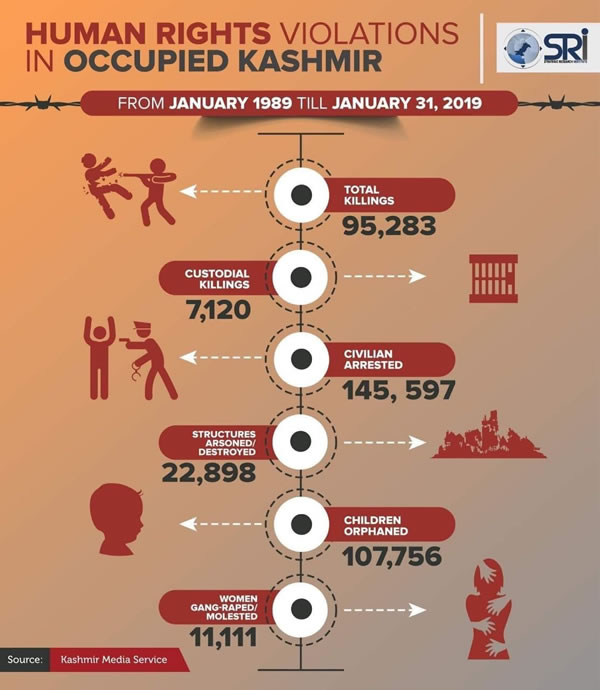